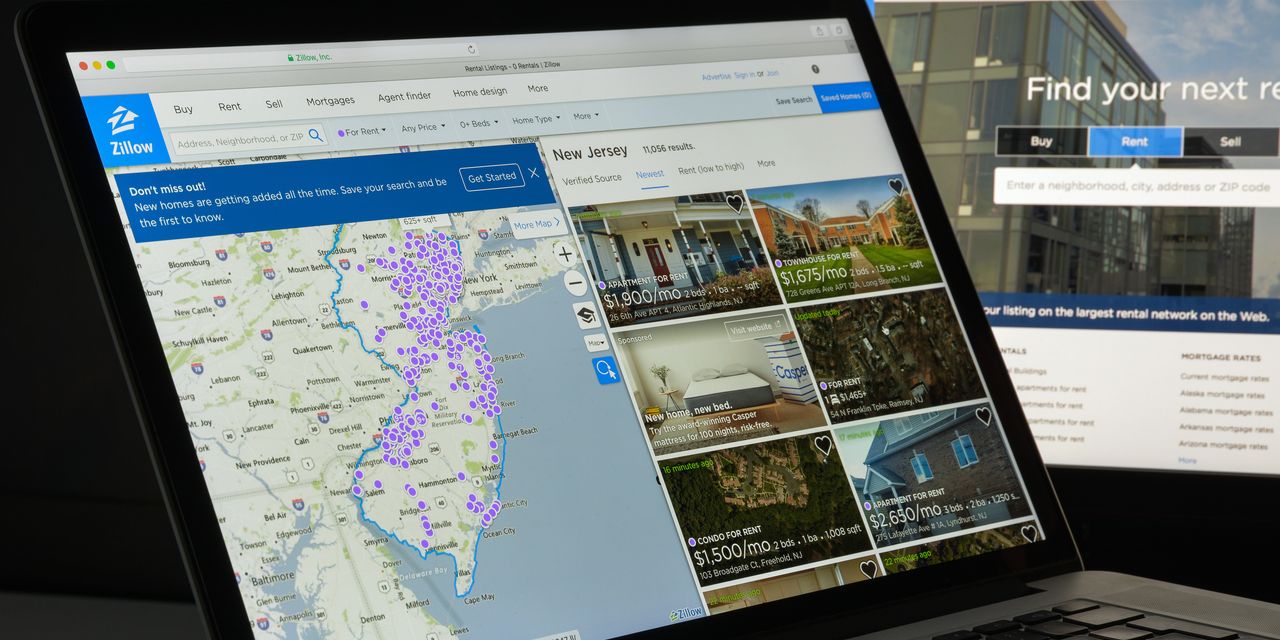 As reported late yesterday, Zillow (ticker: Z) posted revenue of $789 million, down 16% from a year earlier, but above both the company’s guidance range of $709 million to $748 million and the Street consensus forecast at $741 million. Adjusted Ebitda (earnings before interest, taxes, depreciation, and amortization) was $170 million, well above the guidance range of $107 million to $131 million. Non-GAAP earnings were 41 cents a share, beating the Street at 27 cents. Guidance for the first quarter was also far above Street expectations.

Zillow yesterday also announced an agreement to acquire ShowingTime.com, an online scheduling platform for home showings, for $500 million in cash.

The Street responded to the news by ratcheting up price targets, in some cases by a considerable margin.

Citigroup analyst Nicholas Jones raised his rating on Zillow shares to Buy from Neutral with a new target of $250, up from $130. He sees a massive opportunity for the company’s “iBuying” business, known as Zillow Offers, in which the company buys homes from consumers, spruces them up, and then sells them. Zillow had paused that business during the early months of the pandemic, but has begun adding to inventory.

Revenue in the company’s Homes segment, which includes Zillow Offers, was $304.1 million in the latest quarter, down 50% year over year but above expectations. And Zillow sees revenues from that business doubling sequentially to between $595 million and $620 million in the first quarter.

Every weekday evening we highlight the consequential market news of the day and explain what’s likely to matter tomorrow.

JMP Securities analyst Ronald Josey confirms his Market Perform rating, while jumping his clearly stale price target to $225 from $97. “While Zillow…is likely several years out from fully achieving its goal of a seamless real-estate transaction, nearer term Zillow is benefiting from a real estate market that remains extremely active,” he writes.

Wedbush analyst Ygal Arounian likewise reiterates his Outperform rating, while lifting his target to $218 from $167. “The quarter was a significant proof point that Zillow’s transition to taking a greater role in the transactional elements of the real-estate transaction is starting to come together,” he writes. “But we think Zillow is barely scratching the surface here…. Zillow is still likely early in attaching ancillary revenue streams like mortgage. Zillow is intently focused on making the residential real estate transaction easier for consumers, anchored by Zillow Offers, which still has a fraction of 1% of total residential real estate transactions annually.”

Zillow has a complex equity structure with three share classes—Class A shares, (ZG), which have one vote per share, nonvoting Class C shares (Z), and non-trading Class B shares, controlled by the company’s founders, which have 10 votes each. The A and C shares trade generally—but not precisely—in sync.