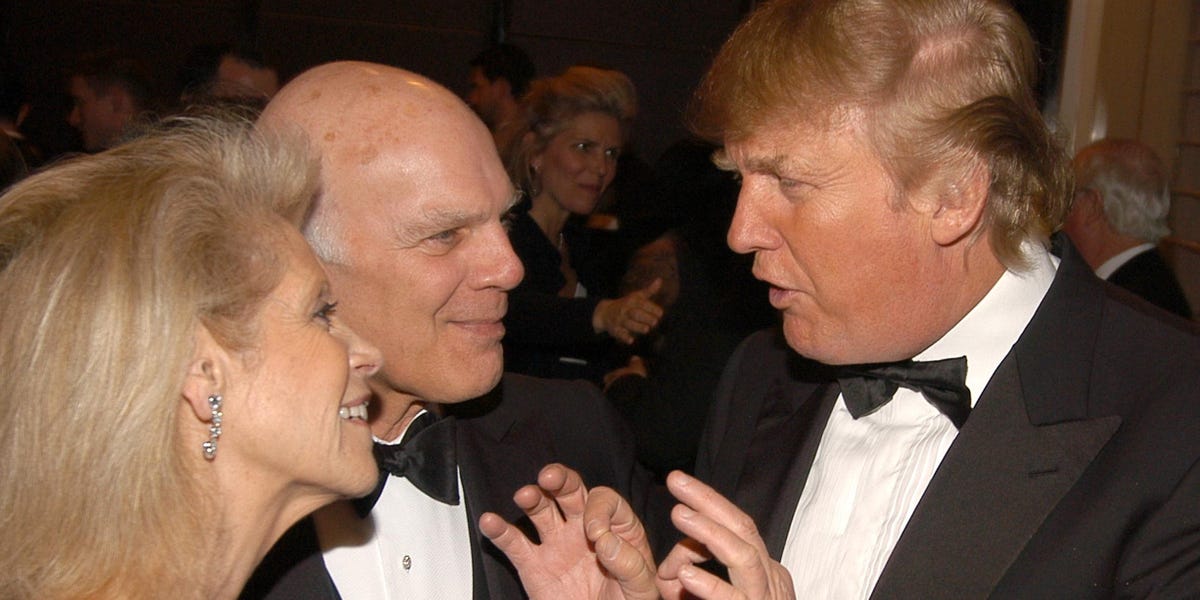 A real-estate firm run by a former advisor to Donald Trump might end a partnership with the ex-president.

Executives are reportedly considering buying out the Trump Organization’s stakes in two of the firm’s most valuable assets, office buildings on 1290 Avenue of the Americas in Midtown Manhattan and 555 California Street in San Francisco, per the Journal.

Trump Organization owns 30% of the two buildings, an amount thought to be worth $800 million as of last year. Vornado acquired 70% of the towers in 2007 for approximately $1.8 billion.

Read more: Executives and companies fleeing to Miami from Wall Street and Silicon Valley are fueling a real estate boom

Before running for president, Trump had sought to cash out the stake in the two buildings after years of unrequited requests to monetize his stake, Insider’s Daniel Geiger reported.

Several prominent business leaders and corporations, including Deutsche Bank, Aon, and Cushman & Wakefield, cut ties with the president after years of working with Trump Organization. Many company decisions occurred after the January 6 insurrection at the US Capitol building led by a violent, pro-Trump mob.

Trump, who has debts of up to $400 million that will come due in the next few years, has reportedly considered charging tickets to rallies and speeches and landing a book deal to cash-in on his role as former president. The New York Times reported Trump’s outstanding debt using tax documents.