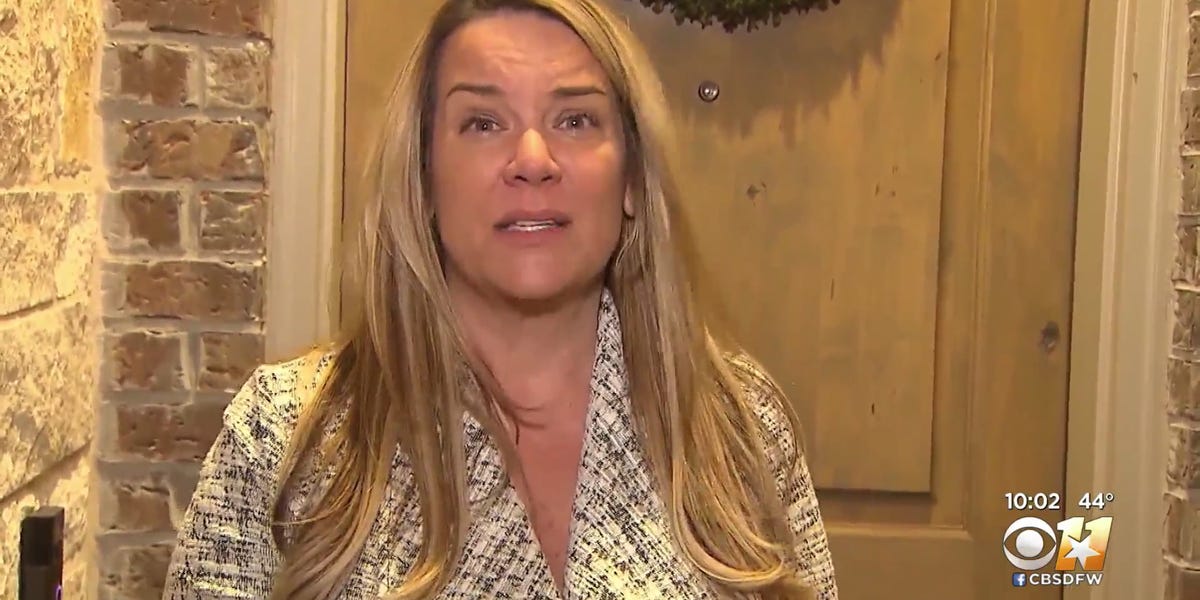 Jenna Ryan, a Texas real-estate agent who infamously took a private jet to Washington, DC, to attend what turned into the riot at the US Capitol and who has since been criminally charged over the insurrection, now says she is embarrassed by her actions and regrets “everything.”

On January 15, Ryan was arrested and charged with two federal misdemeanor counts of knowingly entering or remaining in a restricted government building without lawful authority and disorderly conduct.

Ryan told The Washington Post she felt abandoned by the group of “patriots” who she said she came to the nation’s capital to support.

“I bought into a lie, and the lie is the lie, and it’s embarrassing,” she said. “I regret everything.”

As the FBI outlined in an affidavit, Ryan’s participation in the riot was well documented on social media. Video footage from the event showed Ryan in the crowd that breached the Capitol wearing a “Trump” beanie hat. She also promoted her real-estate business, with her full name, to one of the many cameras rolling at the event.

Ryan also posed for a photo next to a broken window at the Capitol with a peace hand signal, according to the affidavit, captioning the photo on Twitter: “window at The capital. And if the news doesn’t stop lying about us we’re going to come after their studios next.”

After the attack, she also bragged on Twitter: “We just stormed the Capital. It was one of the best days of my life.”

Ryan told The Post that she didn’t come to Washington, DC, to storm the Capitol but got swept up in the action when her group saw then-President Donald Trump on TV at their hotel telling his supporters to “fight like hell.” Trump is now facing his second Senate impeachment trial on a charge of inciting the January 6 insurrection.

Two other people who rode on the same private jet with Ryan were charged on February 5.

Through an analysis of court records and public documents, The Post found that almost 60% of those charged so far — for whom there is publicly available financial information — had experienced financial difficulties, including bankruptcies, foreclosures, unpaid taxes, and significant debt.

The Post said Ryan was among the suspects who had experienced “financial problems” and fell down a rabbit hole of right-wing media and the QAnon conspiracy theory.

Ryan, who lives in Frisco, Texas, and practices real estate in the Dallas-Fort Worth area, was also barred from PayPal after she attempted to raise funds for her legal defense on the platform.

She was also among the suspects in the Capitol riot who asked Trump for a pardon after being charged in the insurrection but did not get one. Trump pardoned dozens of people on his way out of office, but not anyone charged in connection with the riots.

“Not one patriot is standing up for me,” Ryan told The Post. “I’m a complete villain. I was down there based on what my president said: ‘Stop the steal.’ Now I see that it was all over nothing. He was just having us down there for an ego boost. I was there for him.”