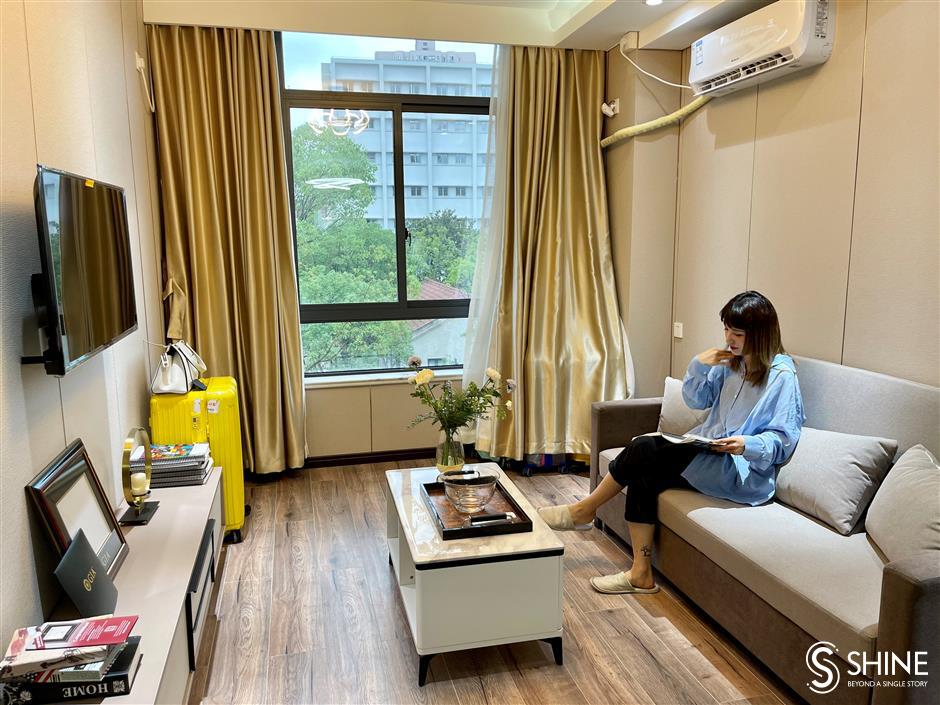 A new talent apartment complex was unveiled within the nearly century-old Columbia Circle in Changning District on Saturday to help relieve the housing difficulties of young professionals.

The La Qualité, or Chenpin Apartment, covers over 6,500 square meters with 116 fully decorated apartments for professionals from both home and abroad available for rent at discounted prices.

The complex is near Tsutaya Books, a popular Japanese franchise, as well as the historic Columbia Country Club, the Navy Club and a villa built for Dr Sun Yat-sen’s son, Sun Ke, along with 11 heritage industrial buildings of the Shanghai Institute of Biological Products.

The eight-story apartment building was renovated from a former scientific research workshop of the institute. The district government spent three years converting the industrial building into a cozy home mainly for young professionals, including many returning from abroad.

The eight-story apartment building is a former scientific research complex.

About 35 specialists have signed to move into the apartments. They mainly work for the artificial intelligence, life health and fashion innovation sectors, the new pillar industries of Changning. More than 70 percent are senior officials or core partners of nearby companies, said Ma Jun, an official with the Changning human resources bureau.

The lease for a 75-square-meter two-bedroom apartment costs about 5,000 yuan (US$774.5) a month, comparing with over 8,000 yuan on average in the nearby neighborhoods.

The apartments are decorated with young and fashionable styles, with intelligent amenities such as a facial recognition security system, smart mailboxes, unmanned selling machines as well as a public space, library and gym on the ground floor for the young inhabitants to socialize. A laundry and open-air drying section are set up on the rooftop.

“I feel like I am staying at home,” said Lee Moon Cheong, an overseas professional from South Korea. “I was impressed by the stylish decoration, high-tech facilities and delicate services.” 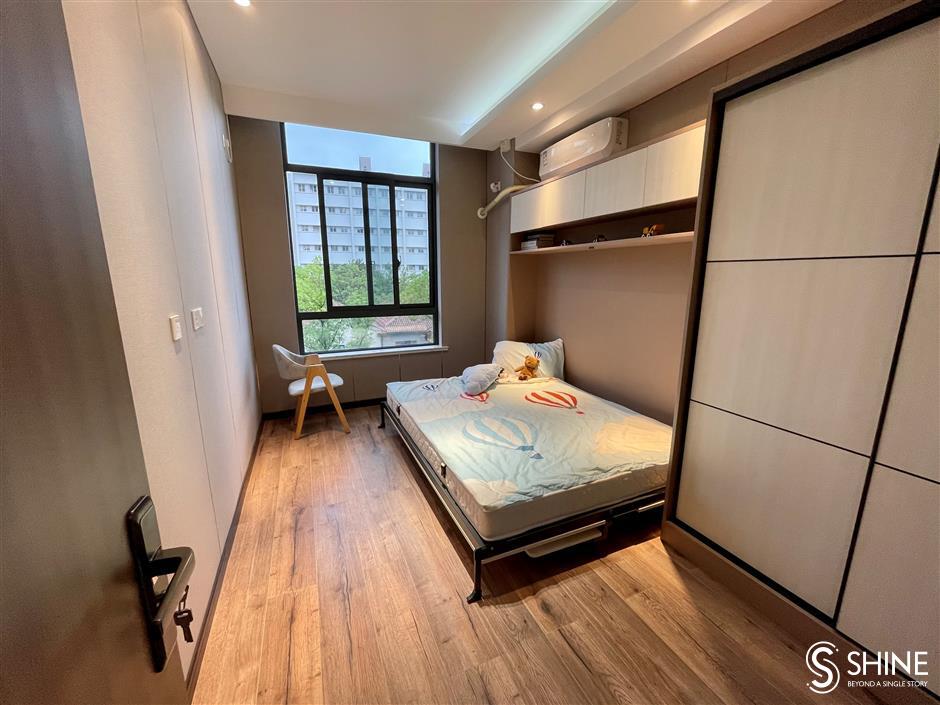 A bedroom in a 75-square-meter apartment.

Lee, 33, the marketing director of a local fashion startup company, rents a 75-square-meter apartment on the fifth floor of the building.

“The apartment building within the fashion landmark makes it convenient for me to meet with friends, who often need to come here for photography or meetings,” she said.

Lee came to Shanghai for her startup project ahead of the outbreak of the COVID-19 pandemic last year. Despite the pandemic, she finished the applications of residence and work permits at the Hongqiao one-stop service center for overseas talent on Jinzhong Road.

Her neighbor Yun Cheng, 41, returned to China after gaining a master’s degree in Japan in 2019. He is the founder and CEO of a smart technology company. The annual revenue of his company has reached over 300 million yuan.

“I was mainly attracted by the downtown location of the apartment,” said Yun. “The Tsutaya Books is several meters away along with many restaurants and café.” 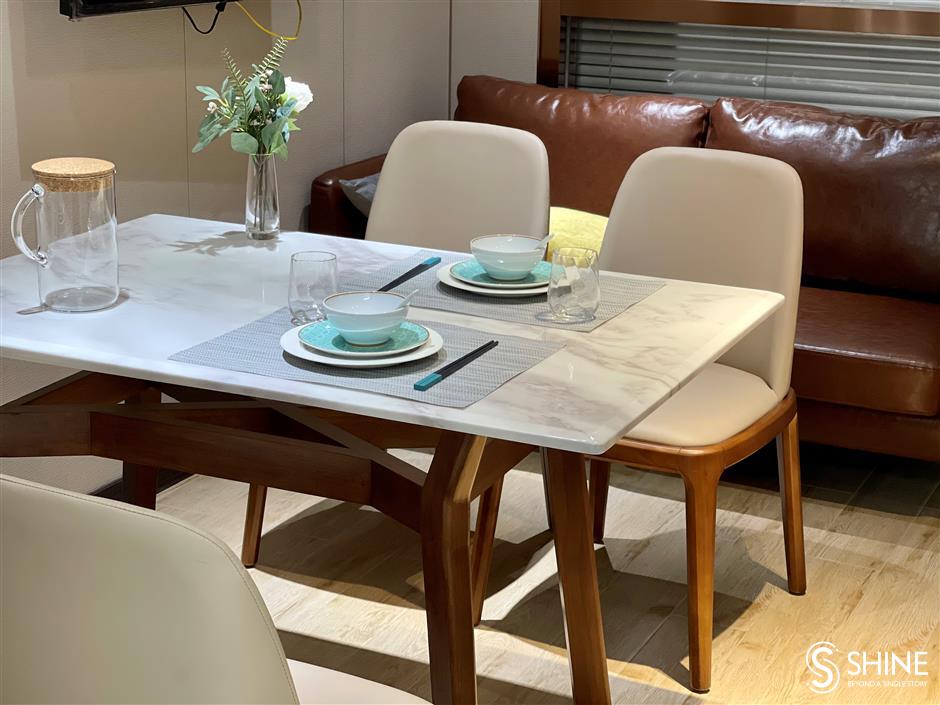 A fully decorated dining room in one of the apartments.

A 200-square-meter service station has been set up on the ground floor to help solve various applications or other difficulties for the young residents. Doctors will hold lectures, while artists will come to teach dancing or painting regularly.

The project is part of Changning’s efforts to attract top professionals. The district government has spent 170 million yuan to benefit over 12,000 specialists in the district. Fourteen talent apartment projects with some 1,900 apartments have been built in Changning. Another 6,000 apartments were allocated to accommodate some 7,000 professionals, according to the bureau.

The site, on Yan’an Road W., was a gathering place for Americans from 1927 to 1942. It became the former site of the institute after 1949. Many of the nation’s earliest vaccines were produced on the site. 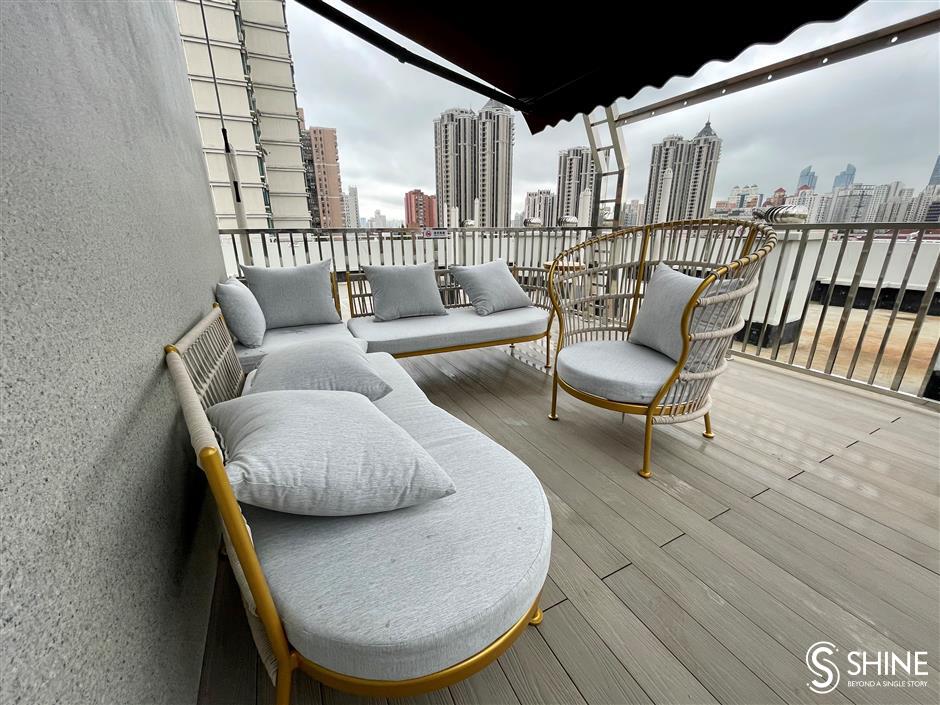 A clothes drying and rest area on the rooftop of the building. 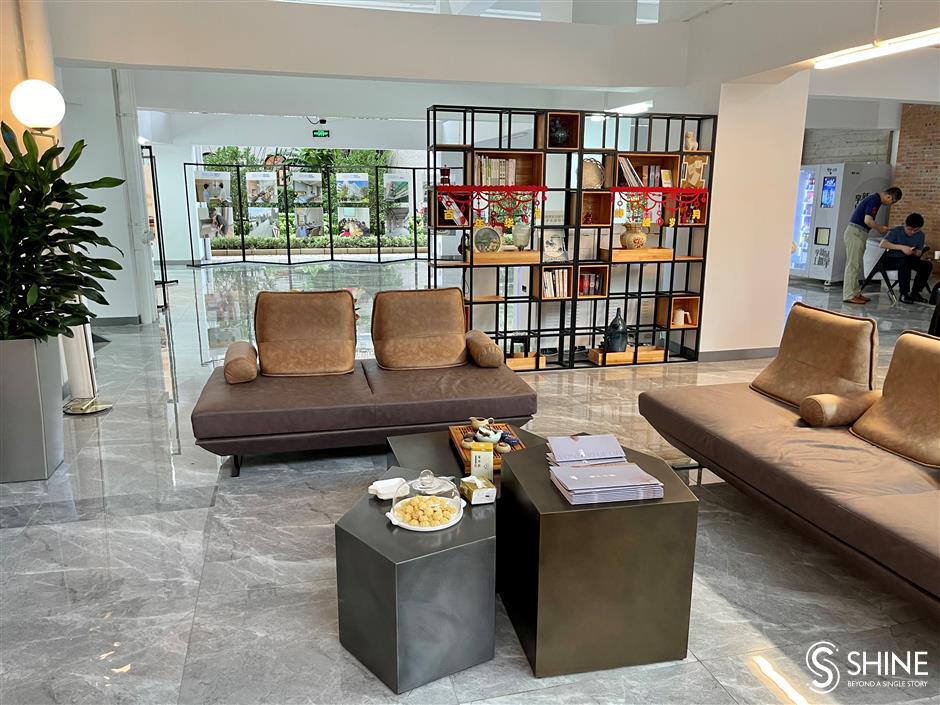 A public sitting room on the ground floor of the apartment building.