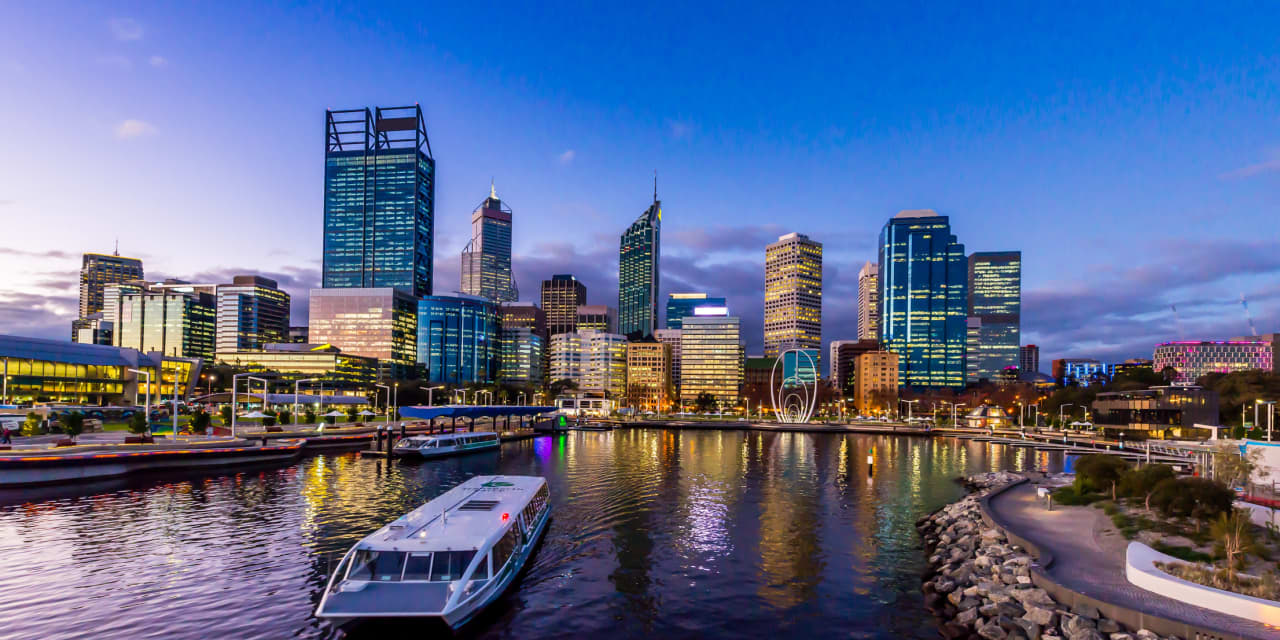 They both boast golden beaches, 82-degree fahrenheit summer days and glamorous waterfront real estate, but when it comes to comparing property prices there is a great divide between Perth and Sydney.

“Our forecast is that dwelling prices for Perth will rise by 8% to 12% this year,” he said. “We have another scenario where everything goes right with the vaccine, and everything gets back to some kind of normal in the world, then prices will rise by 10% to 15%.”

“If we are correct about that forecast, it will be the first meaningful rise Perth housing has had since 2007, or briefly between 2013 and 2014,” he added. “It’s taken a long time for the market to experience strong rises. Indeed, the median house price for Perth is actually still lower than it was in 2008, but it’s fair to say it’s offering really good value relative to other cities and relative to its recent history as well,” he said.

Data compiled by the Real Estate Institute of Western Australia showed that Perth’s home value index lifted 1.6% in January, and was up 3.8% compared with three months ago, currently making it the fastest growing major residential market in Australia.

“The improvement experienced in the latter half of 2020 has continued into 2021, which is pleasing to see. With the pandemic continuing to impact travel and our local economy bouncing back after a challenging year, more and more West Australians are recognizing that now is the time to buy,” he said.

“Properties continue to sell at a faster rate than they did last year, with the median days to sell sitting at just 21 days, down from 43 days in January 2020. There is little doubt now that the Perth market has swung into the seller’s favor and buyers are needing to act a lot faster to secure a property,” he said.

Perth’s luxury real estate market is also currently experiencing a renaissance, according to realtor Mark Anderson of Hub Residential, a brokerage based in the West Australian capital city.

“We had a drop in confidence around May and June of 2020 at the height of Covid uncertainty in Australia, but that’s changed,” he said.

More: Why Australian Buyers Are Turning to the Mornington Peninsula

“In the A$5 million to A$30 million price brackets, I’d have to say that buyers at that level have a pretty good handle on where the economy is going. They’re looking at it from the point of view that this is a good time to trade, a good time to buy,” he added, attributing the positive sentiment to Australia’s record low mortgage interest rates (the official cash rate is sitting at 0.10%) and Western Australia’s comparatively low coronavirus infection rate. (The state has recorded 907 cases and nine deaths since the state’s first reported case on Feb. 21, 2020.)

Mr. Anderson said waterfront suburbs would be the ones to watch as home buyers and investors, including a wave of international expats, seek out lifestyle properties in the wake of the pandemic.

“Towards the end of last year, for example, Cottesloe turbocharged itself in about 10 weeks and in some cases the increases were anywhere between 15% and 25% year on year,” Mr. Anderson said of the beachfront suburb where the median house price is now A$1.95 million.

Located approximately seven miles from the city center, Cottesloe is known for its more than half a mile stretch of white sand and waterfront restaurants.

“Some of these buyers see Cottesloe as a blue-chip investment, but ultimately I think people are asking themselves ‘Where do I want to end up?’ and the answer is the beach. I guess it’s a great example of FOMO,” he added.

“Perth is just one of those really unique places in the world. I ask people when they’re buying a house here, ‘Why did you come?’ and they often say, ‘We love how it’s so spacious, it’s like a big country town!’” Mr. Anderson said.

Perth’s population according to the 2016 Census was just under 2 million, while Sydney’s was approaching 5 million.

He said when international, and interstate, buyers stack Perth up against its more famous cousin, they often see more bang for their buck in Sydney.

“Our prices are really inexpensive given the fact that we’re so close to the beach, or the river. Our beaches are as good as Sydney, but the cost of living isn’t as high—and it’s relatively safe. We don’t even have as much rain, or the damaging storms that Sydney has,” Mr. Anderson said.

More: A Castle-Like Home With Panoramic Views of Sydney

On paper, the comparison also works in Perth’s favor. For Sydney’s median house price of A$1.38 million, buyers in blue chip waterfront suburbs would get a modest attached two-bedroom home. In Perth, the same money could secure a spacious four- to five-bedroom family property on a grand block close to the beach or riverfront.

Often referred to as the most isolated city in the world, Perth is more than 1,250 miles from the nearest city. Its property market is also unique in that global commodity prices play their part due to the significant role mining has in the state of Western Australia.

“What makes us think this time around we’re definitely going to see a pick up in Perth is what’s happening in the local rental market. Rents there absolutely plummeted in 2019 and 2020, but right now the vacancy rate at the end of December was just 0.9%. At its worst, when Perth rentals were majorly oversupplied back in 2016 and 2017, the rate was 5.5%,” Mr. Christopher said.

Mr. Collins added that Perth’s residential vacancy rate has hit the lowest lowest level recorded by the REIWA in 40 years.

“With the rental stock levels remaining low and expected to do so in the coming months, combined with low interest rates and expected gross yield growth, we will expect investor numbers to increase in the latter end of the year, particularly when the moratorium ends in March,” he explained, referring to the conclusion of a state-wide freeze prohibiting residential rental increases.

A City on the Rebound

Mr. Christopher said that the Perth rental market has generally been the lead indicator for the residential sale market.

“You don’t always get that with other cities. In Sydney and Melbourne, you can have a weak rental market, but the [sales] market can still stay strong, and vice versa,” he said.

Mr. Christopher explained that by 2019 there was no new construction in Perth, however employment levels began to increase due to a pick-up in local mining projects. Although projects paused briefly in 2020 due to Covid, it is now all systems go.

“Perth has been creating jobs, and still is creating jobs, but there’s been no new accommodation for the additional people coming to Perth,” he said.

From Penta: Nike Shoes Designed for Barack Obama Offered for Sale for $25,000

Conversely, Australia’s other capitals have experienced a rise in vacancies and plummeting asking rents due to stalled immigration and international student numbers since the onset of the pandemic.

This, according to Mr. Christopher, makes Perth more or less “coronavirus-proof” in the future.

“Perth traditionally doesn’t get a large share of international migration. Everyone tends to go to Sydney and Melbourne, so when Australia’s borders closed, Perth wasn’t hit as hard as the larger cities were,” he said.