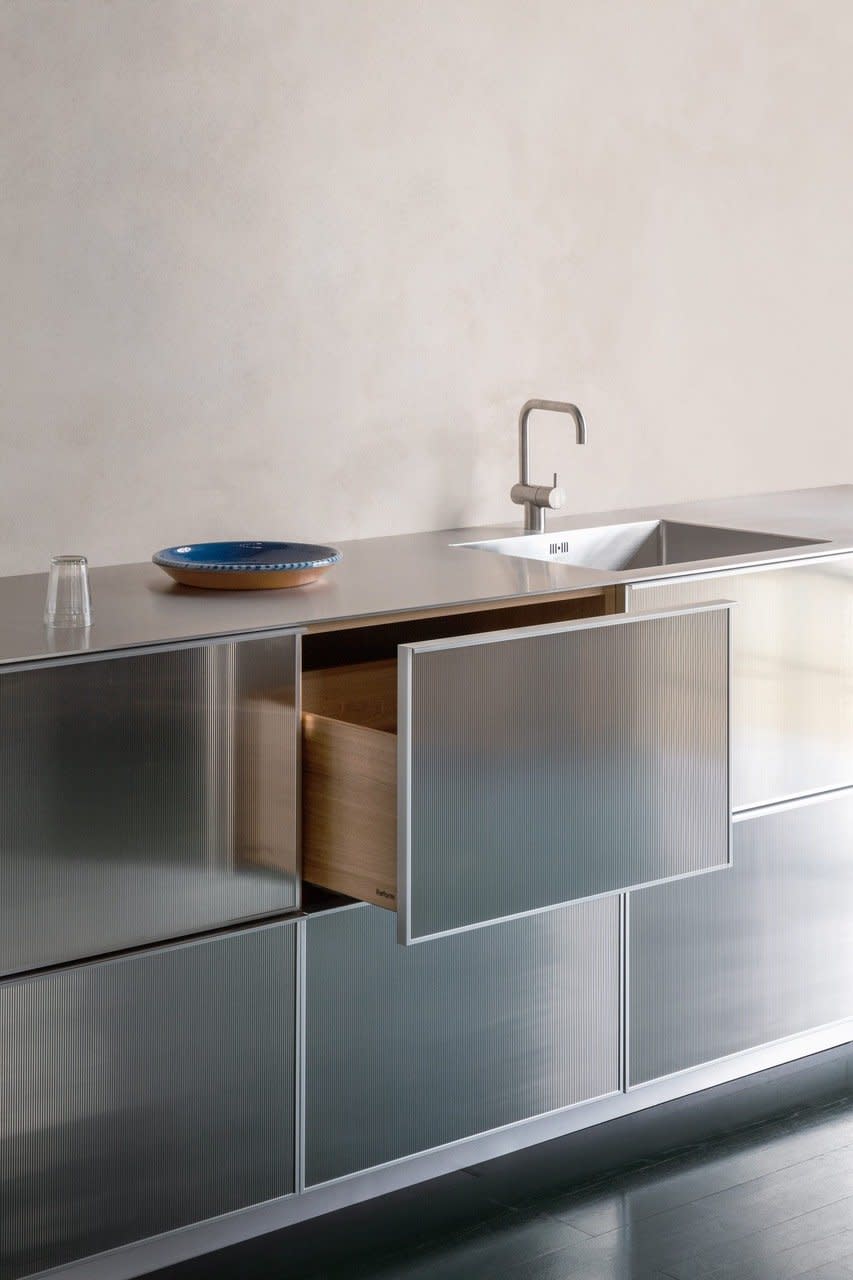 The clean, minimalist lines of Danish modernism meet the dazzling architectural stylings of Jean Nouvel in a new kitchen design for Reform called REFLECT. Extravagant yet understated, these reflective cabinets create an illusion of translucency with vertically ridged high-gloss steel fronts, bouncing light around the room without the visual clutter of a mirror finish. The fine ridges are what produce this luminous effect, reflecting in various directions for a soft, nuanced feel.

Available in either unfinished steel or black, this modern kitchen system is designed to be just as functional as it is beautiful. The hard-wearing surface is a thin, embossed stainless steel sheet on top of an MFC board framed with extruded profiles of anodized aluminum. The handles of the drawers and cabinets are integrated within those profiles to eliminate the need for hardware, placing all the visual emphasis on the metal.

REFLECT marks an unusually minimalist project for Nouvel, whose works are typically complex and highly ornamental. But like his architecture, the thoughtfully designed kitchen system has a way of adapting itself to its environment, changing throughout the day as its reflective surfaces softly mimic the various colors and shapes found throughout the space.

One could also say that REFLECT is a new high point for Reform, a brand first founded in 2014 to offer upgraded cabinet fronts designed for IKEA base cabinets. Aiming to bring quality design to all, regardless of budget, Reform collaborates with architects and designers to create modern kitchen spaces that are stylish, accessible, and able to stand up to everyday use by everyday people.

It’s Nouvel’s “gift for conceptualizing light” that makes REFLECT stand out. The renowned Pritzker Prize-winning French architect has demonstrated a love for shimmering surfaces throughout his career, as seen in such projects as the Philarmonie de Paris, Gasometer A in Vienna, the Louvre Abu Dhabi, and Torre Agbar in Barcelona. In fact, while most of his works are strikingly different from each other, the continuous threads that run through his entire repertoire might be the way the building facades play with light and shadow, and the sensitivity and responsiveness with which the structures interact with their surroundings.

About architect Jean Nouvel, via Reform:

“Jean Nouvel is one of the most important architects of the modern era. His strong stances and somewhat provocative opinions on contemporary architecture in the urban context together with his ability to inject originality into all the projects he undertakes have formed the decorated architect’s international image. Jean Nouvel’s work does not result from considerations of style or ideology, but from a quest to create a unique concept for a singular combination of people, place, and time. His contextual approach and ability to infuse a genuine uniqueness into all the projects he undertakes have consistently yielded buildings that transform their environments and indelibly mark the cities in which they are built.”

The REFLECT kitchen system is now available to order in the U.S., and integrates with Reform’s own base cabinetry system as a series of fronts, cover panels, and plinths. 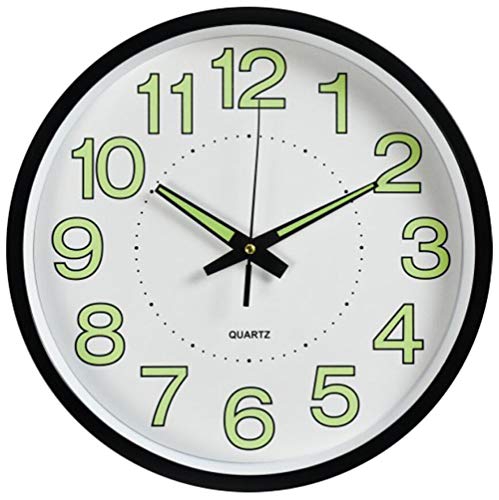 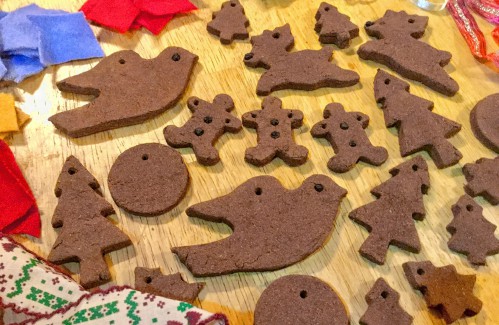 The Recorder – Decorating from the kitchen

Hints From Heloise: Parents try to engineer their kids’ hobbies and careers