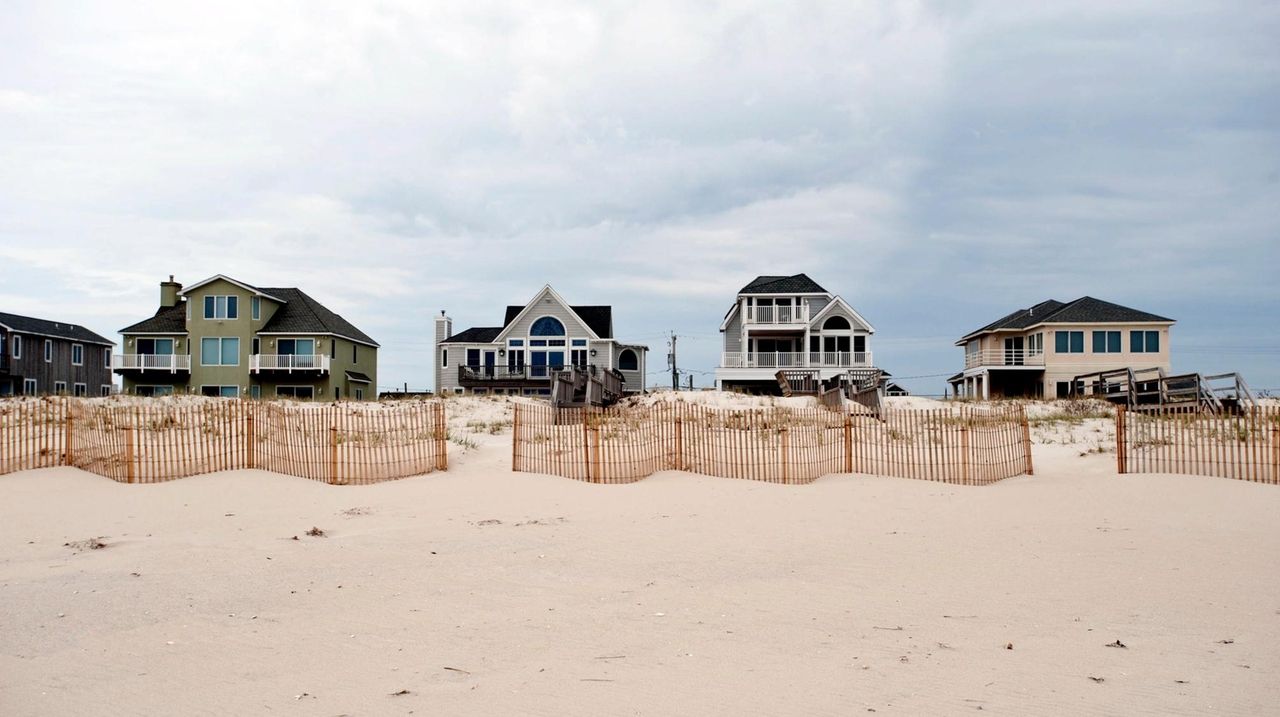 In the Hamptons, once-overlooked communities are having their day in the sun, with a record-breaking $22.5 million home sale and real estate prices more than doubling in some hamlets.

Overall Hamptons home prices are hitting new highs as city dwellers flee to East End retreats, and the gains aren’t limited to the usual hot spots. In fact, communities with the quickest commutes to Manhattan – and in some cases, less-stratospheric prices – are seeing some of the most dramatic jumps.

The median home price throughout the Hamptons soared to $1.4 million in the October-through-December period, the highest on record and a 55% increase from a year earlier, the most recent report by the brokerage Douglas Elliman Real Estate and appraisal company Miller Samuel shows.

Of the 10 Hamptons communities where prices made the biggest gains, six are west of the Shinnecock Canal, considered the gateway to the most exclusive areas in the eastern section of the Hamptons. In the western communities of Quiogue and Westhampton Beach, for instance, median prices more than doubled year-over-year to about $1.7 million, Douglas Elliman and Miller Samuel reported.

In the priciest home sale ever recorded west of the canal, an oceanfront estate in Quogue traded for $22.5 million in December, far exceeding the previous records of nearly $15.8 million in Quogue last May and $15 million in Westhampton Beach in 2016, Miller Samuel figures show.

The skyrocketing prices in western communities reflect the dramatic changes the Hamptons market has undergone during the COVID-19 pandemic. More New York City residents are seeking out spacious homes where they can work remotely while their children attend school online, located within about two hours of their Manhattan offices in case they need to commute occasionally, brokers said.

Up 89% west of Shinnecock Canal

The latest LI business news in your inbox Monday through Friday.

“The drive back to Manhattan from, say, Remsenburg is a breeze compared to Further Lane” in East Hampton, said Judi Desiderio, CEO of Town & Country Real Estate. “West of the canal obviously appeals to the demographic of buyers who recognize that they need to go back and forth to the city. … And that’s a big demographic.”

Plus, said Todd Bourgard, the Hampton Bays-based executive manager of Douglas Elliman’s eight Hamptons offices, “west of the canal, you can certainly get a bigger home for your dollars. … At a time when people are looking to work from home, set up their office from home and have great outdoor space, this is a perfect location.”

The tiny hamlet of Quiogue saw the most dramatic leap in prices, with six homes selling for a median price of $1.66 million in the fourth quarter – a big change from the same period in 2019, when just one home sold, for $637,500, Douglas Elliman and Miller Samuel reported.

In Westhampton Beach, homes sold for a median price of $1.7 million in the fourth quarter – more than twice the median price of $735,000 a year earlier. Two hamlets where prices have typically been more attainable, Remsenburg and Speonk, both saw prices rise more than 50%, to $1.45 million and $516,000, respectively, over the same period.

East Quogue’s median home price leapt by 48% annually to $849,500. In Quogue, where an oceanfront estate sold for $22.5 million in December, the median price surged by 34% annually to $2.75 million, Miller Samuel reported.

“There was such a surge in activity across the market, especially in the $1 million to $5 million range, that the traditional pecking order of some of the hamlets was broken,” with western communities rising in prominence, Miller said.

But while the western communities are attracting a big influx of buyers, Desiderio said, waterfront homes west of the canal typically do not boast the majestic expanses of land, or the mystique, of the communities farther east.

“The magnificent top 10 is always going to [include] East Hampton and Southampton villages,” Desiderio said.

In Wainscott, the median price more than doubled year-over-year in the fourth quarter, to $2.65 million, Miller Samuel reported. In Water Mill, East Hampton and Montauk, median prices jumped by more than 50%, to $3.2 million, $1.5 million and $1.4 million, respectively, at the end of last year, Miller Samuel figures show.

A boon for sellers

Last year’s strong market was a boon for Geraldine Vitale, an agent with Town & Country who purchased a two-acre property in East Hampton in 2019 for $750,000 and did an extensive renovation that included a new pool and bluestone patio. The property sold for $1.65 million last year, she said.

“We got multiple offers, and once we were under contract, we got even more offers… we did have a $1.7 million [offer] at the end, but we were already under contract,” she said. “It was an all-cash deal, it closed in 10 days.”

In addition to the surge of buyers from the city, home prices also are being driven up by record-low interest rate and a shortage of listings caused in part by homeowners’ reluctance to list their properties during the pandemic, brokers said. The average mortgage rate was 2.73% earlier this month, down 0.74 percentage points from a year earlier, mortgage giant Freddie Mac reported.

The scarcity of listings is forcing buyers into bidding wars, said Hara Kang, an associate broker with Douglas Elliman in East Hampton. Many put a premium on waterfront homes with home offices, reliable internet access and plenty of outdoor space for entertaining, he said. Some are seeking fully furnished homes, since the pandemic has caused a furniture shortage, he said. And newly built homes are especially in demand, despite recent increases in the costs of materials, labor and land, he said.

For the most desirable homes, Kang said, buyers “are offering everything, they’re going full ask, no contingencies, they’re sending personal letters from the buyers to the owners, begging, you know, ‘please, we love this house, please sell it to us.’”

Homeowners, he said, “want to take advantage of such a good market, they do feel that towards maybe the third or fourth quarter, the market may slow down … interest rates may not stay this low.”

Some buyers are moving ahead with home purchases even if they believe Hamptons prices have become overheated, brokers said.

The stock market’s strong recovery from its lows at the start of the pandemic – the S&P 500 index was up roughly 75% in mid-Februaryfrom its slump last March – has given affluent investors more purchasing power, brokers said.

Christopher Burnside, an associate broker and partner with Brown Harris Stevens in Bridgehampton, said one buyer told him, “I made millions of dollars in the stock market. If I overpay by a few hundred thousand in the Hamptons it’s not going to affect my life one bit.”

The only places where prices dropped from late 2019 to late 2020 were eastern communities where median prices had ranged from $3 million to $5.5 million in the fourth quarter of 2019. In Amagansett, Bridgehampton, Sagaponack and North Haven, prices fell year-over-year to $3 million, $2.55 million, $4.2 million and $2.9 million, respectively, by the end of 2020, Miller Samuel reported. That reflects increased activity in the $1 million to $5 million range, rather than an actual decline in the value of individual homes in those communities, Miller said.

Throughout the Hamptons, increased demand means that luxury homes that had been lingering on the market are now finding buyers, including a $24 million estate in East Hampton that had been listed for four years, said Susan Breitenbach, an associate broker with the Corcoran Group in Bridgehampton.

The number of homes that sold for $3 million to $5 million east of the canal more than tripled in the fourth quarter, compared with a year earlier, Corcoran reported.

But, Breitenbach said, “people are not just crazily buying, they’re all very analytical. We deal with a lot of the Wall Street people. … I’m hearing from a $50 million buyer the same thing as from a $2 million buyer: ‘We want good value.’”