Everything has a price tag. Guess how many zeroes are in the Penobscot’s. 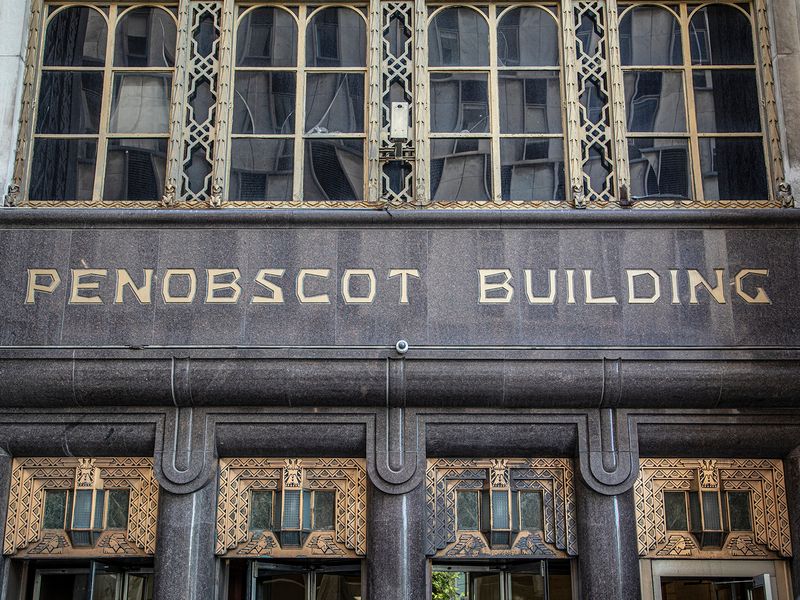 It’ll take a lot to get the Penobscot Building owner to sell.

To be clear, whether a building owner is marketing it or not, everything is always for sale — for the right price, that is.

Everyone has a number.

It just so happens that the skyscraper’s owner’s number is nine digits.

I’ve not been able to determine who took a run at it two years ago.

“We don’t comment on rumors and speculation in the marketplace,” Steve Apostolopoulos, managing member of Triple Properties, told me this morning. He stressed that the building is not on the market.

Regardless, that’s a big ROI for the iconic 1 million-square-foot building that is in desperate need of repairs, not to mention tenants.

JC Reindl at the Detroit Free Press reported on some of them this morning, and I reported on the Penobscot’s woes most recently in August.

She said heat and power have been brought back to the building and water to the upper floors is expected to be resolved today.

“BSEED will be issuing an emergency correction order with a compliance date for Wednesday, 2/10/21,” Parker said in an email. “BSEED and Law has already discussed pursuing a NAP (nuisance abatement program lawsuit) at this point due to the lack of urgency to make the necessary repairs to correct the ongoing violations. BSEED/Law would also note that during litigation in the Department of Administrative Hearings the owner (respondent) continues to request the dismissal of noncompliance tickets but yet the issues have not been resolved.”

He also said that “the Law Department is in the process of preparing a nuisance abatement lawsuit to address the persistent public nuisance issues at the Penobscot.”

I asked Apostolopoulos to comment on the concerns raised in the Freep story.

In addition to those serious maintenance issues, the building is only about half full.

CoStar Group Inc., a Washington, D.C.-based real estate information service, says only about 53.5 percent of the building is leased, leaving hundreds of thousands of vacant office space on the market.

The asking rent is $21 per square foot per year.

That does not account for fluctuations in rental rates over the years and property taxes, insurance, maintenance, management and leasing eat into the ultimate profit the Apostolopoulos family pulls in each year from the building.

At the time it was purchased, Andreas Apostolopoulos, who was then president and CEO of Triple Properties, told Crain’s that his company was “going to put some money into the building and try to attract more tenants.”

“If I can come in and buy that building for $4 a square foot, then lease it for $10 a square foot or more, that’s just good business,” he said.

But with no known debt on the property, Triple Properties can sit on the building for as long as it wants, put in virtually no effort to renovate it, and eventually cash out in a city that’s wildly different than it was nine years ago.

It lost key tenant Strategic Staffing Solutions as a tenant last year and was sued over building upkeep.

“Strategic Staffing Solutions resolved its litigation with the landlord of the Penobscot Building late last year,” Jennifer Belveal, partner in the Detroit office of Foley & Lardner LLP, said in an email this morning.

“Strategic Staffing Solutions is satisfied with the outcome of its lawsuit and S3 is happy to be conducting its business from the historic Fisher Building in Detroit.”

The Penobscot’s neighbors to the north and south have all sold in recent years.

The Ford Building and Buhl Building sales were in 2017.