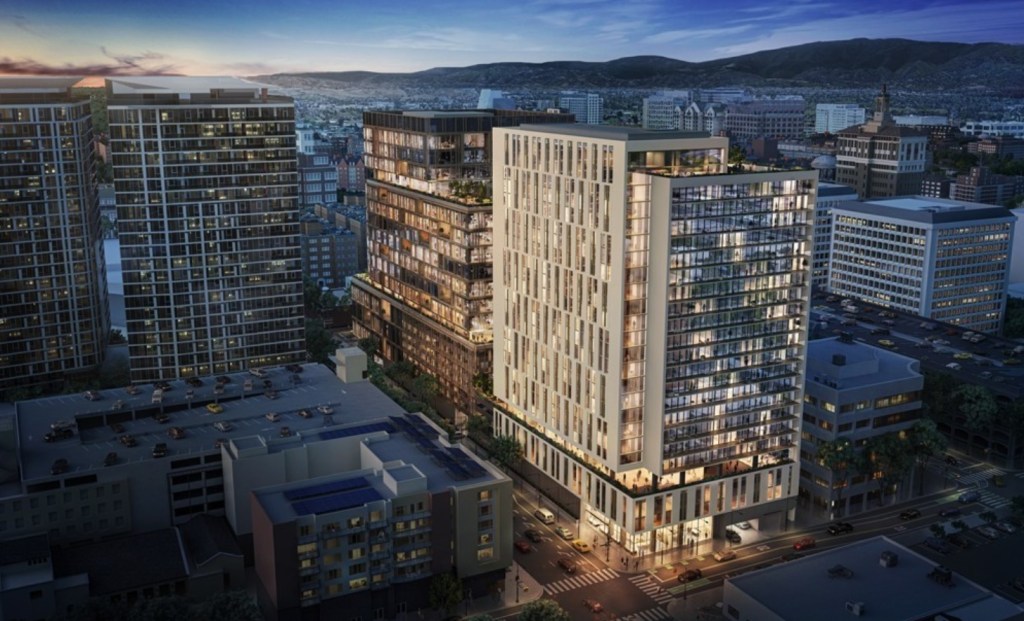 SAN JOSE — A busy developer is raising money through an opportunity zone fund to build a new office tower and housing highrise at a choice site in downtown San Jose — and is assembling four properties to build the towers next to each other.

Urban Catalyst, an increasingly busy development firm, is planning a project called Icon/Echo, a downtown San Jose development that will feature an office tower and a residential tower next door.

“We see what is happening in downtown San Jose and we are happy to be a part of that revitalization,” said Erik Hayden, founder of Urban Catalyst. Urban Catalyst was formed to create funds that investors can use to capitalize on tax advantages provided by opportunity zones.

San Jose-based Urban Catalyst says the office tower will total 420,000 square feet and the housing component will include more than 300 residential units.

The developer has already acquired one parcel. In 2019, Urban Catalyst paid $15.9 million for a gas station site at 147 E. Santa Clara St. in San Jose. But to build the project as now envisioned, Urban Catalyst must collect and assemble three other key parcels along North Fourth Street between the gas station and East  St. John Street.

Urban Catalyst has obtained options and contracts to purchase those parcels.

Urban Catalyst believes the combination of the two towers will help address the Bay Area’s housing needs as well as create an office building with large enough floors to attract a tech company.

The Icon/Echo project, once complete, will emerge a short distance from a future BART station near First Street and Santa Clara Street.

“This project has an ideal location in downtown San Jose on the main drag next to a mass transit station,” Hayden said.

The second fund is now underway with a target to raise $200 million to help bankroll the office and residential Icon/Echo towers project, according to Hayden.