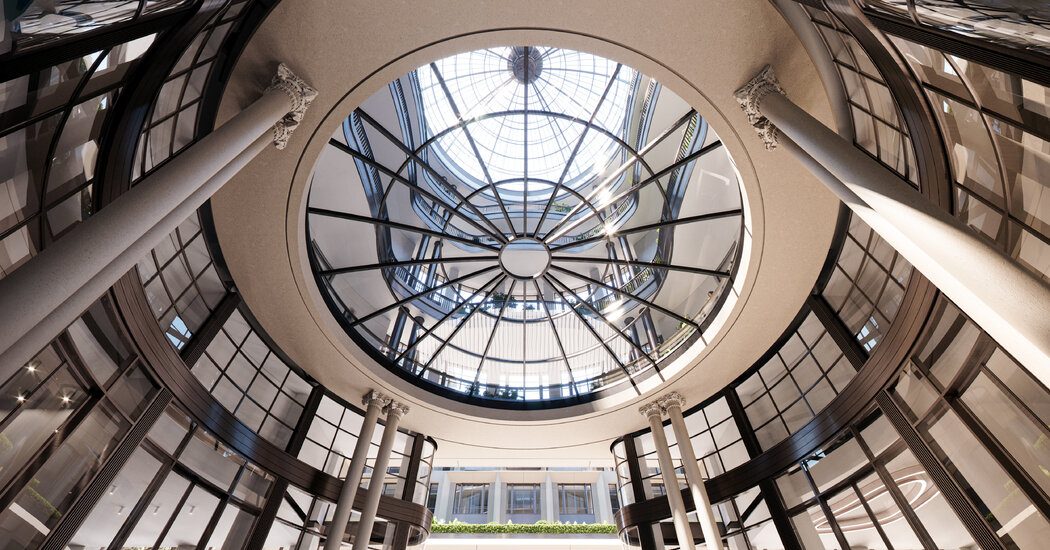 This article is part of our latest Design special report, about creative people finding fresh ways to interpret ideas from the past.

The Victorian-era retail entrepreneur William Whiteley long dreamed of building a London emporium to rival the Crystal Palace in its grandeur, a place where, as he purportedly put it, you could buy everything from a pin to an elephant. But in 1907, he was murdered by a man claiming to be his son, and it was left to his acknowledged sons to realize his vision.

Working with Belcher & Joass, leading neo-Baroque architects of the day, they created a sprawling department store on Queen’s Road (now Queensway), in west London, that became one of the city’s premier shopping destinations when it opened in 1911. Whiteley’s, as the store was known, was a “magnificent theatrical design, with a very articulated columned facade, featuring granite along the base and Portland stone above, with cupolas and domes on top,” said Patrick Campbell, an architect with Foster + Partners. The firm has master-planned a $1.4 billion redevelopment of the landmark, which fell into decline after its conversion to a shopping mall in the 1980s.

The project, scheduled for completion in 2023, will largely preserve the building’s facade and repurpose original architectural elements such as the central glass-and-steel dome and a curved ironwork staircase. But the remainder is being demolished and rebuilt as a mixed-use complex with 139 residences, a Six Senses hotel and spa, a gym and swimming pool, a movie theater, and some 20 new shops, restaurants and cafes, all of which will wrap around an interior courtyard accessible to the public.

A major goal is to help rejuvenate the surrounding area of Bayswater. By giving the building a “more porous skin,” with additional access points and street-facing shops, Mr. Campbell said, “We feel that it will really start to animate the neighborhood.” thewhiteleylondon.com

The Interpreters of Malady

Alan Eliot Goldberg, an architect based in New Canaan, Conn., and his wife, Gertrude Schaffner Goldberg, started collecting Mexican folk art in the 1960s, and in 2017 donated 1,000 pieces to the Mexican Museum, a Smithsonian affiliate. (Its new home is under construction in San Francisco.) Since then, the couple has focused on Oaxacan folk art, which Mr. Goldberg said he admired for its high quality and for the artists’ embrace of their Zapotec and Mixtec heritage.

Last year, when the pandemic decimated tourism in Mexico, and with it, artists’ incomes, he organized a competition for the artists and produced a book showcasing 27 of their entries. Published by the Mexican Museum, “Oaxacan Folk Art: Response to Covid-19” is edited and designed by Mr. Goldberg, with a text by Gwen North Reiss, a foreword by Marta Turok and original photographs by Judith Haden. Its pieces, almost all of them in clay or carved wood, by 26 artists, express the shock and sorrow over the pandemic, as well as whimsy.

Mr. Goldberg noted that the net proceeds from the book, which is available in English and Spanish editions, will go to the artists, and he is working to secure funding for a virtual exhibition. The printed copies were held up in a supply-chain snag but will be available soon online. The price is $29.95 for the English edition and $24.95 for the Spanish edition.

Art From the Amazon

Silvia Furmanovich, 64, a Brazilian jeweler and scion of goldsmiths, is extending her reach into home furnishings. Her new collection — the result of a continuing collaboration with artisans in Brazil’s Amazon rainforest — includes vessels, furniture and sculptured objects made of wood. Many of these pieces, which she describes as “jewelry for the house,” are decorated with inlaid veneers applied through the technique known as marquetry, and some are embellished with small brass creatures reminiscent of Japanese netsuke.

The items, which will be displayed in the Tiffany-designed Library Room at the Park Avenue Armory during the 10th-anniversary Salon Art + Design fair, opening in New York on Nov. 11, evoke tropical flora like white lotus, hibiscus, bromeliads, spotted orchids and gustavia pulchra flowers. The group also includes renditions of jungle cats, a sloth and a tortoise, carved by André da Marinheira, an artist in the state of Alagoas, in northeastern Brazil, with whom Ms. Furmanovich partnered. Prices are from about $2,000 to $35,000. Through Nov. 15, at 643 Park Avenue. thesalonny.com

Most state-themed magazines offer restaurant reviews and personality profiles. But not Dense. The twice-a-year publication, which debuts on Nov. 4 — and which was founded by the writer and editor Lune Ames and the architect Petia Morozov — is subtitled “when design meets New Jersey.” Its name refers to New Jersey’s having the highest population density in the country, and the first issue’s theme is “1951: The turnpike’s opening day & beyond.” The New Jersey Turnpike, with its major role in the state’s economic growth, offers a way to frame issues of history, public space, culture, equity and environmental justice.

Among the 18 articles are a conversation with the chief of the Ramapough Lunaape Turtle Clan about the negative effects of growth on Indigenous populations; an interview with a man who hunts deer in a surprisingly robust ecosystem along the turnpike’s right-of-way; and a look at the turnpike’s role in pop culture, from “The Sopranos” to Simon and Garfunkel’s song “America.” Dense will run for only 10 issues, but each will “construct a larger framework for how we talk about design,” Ms. Morozov said. densemagazine.org 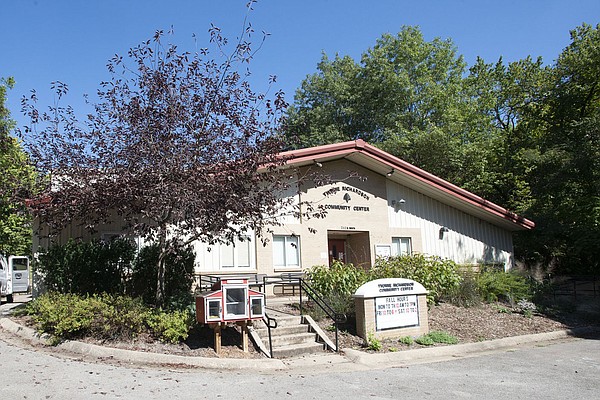